It was a tiring flight to get to Nadi overnight and then a wait of 6 hours to get on another plane to Vanua Levu. We didn’t even see a cane train outside Nadi Airport but the Fowler is still at the Raffles Gateway Hotel. Aptly named – it is opposite the airport’s front gate. 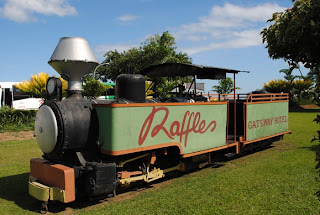 The short fight to Labasa is a scenic one. 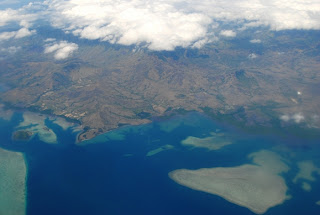 We finally arrived at Labasa to pick up our hire car. On arrival at the mill we were greeted by the track repair gang that works in the mill yard. They can’t go too far as their “railcar” is unpowered. 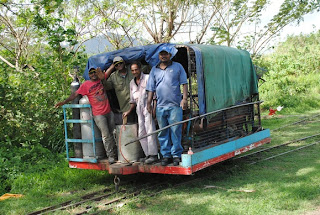 The first loco we saw was one of the ex-Proserpine Mill Clydes that was rebuilt by Ontrak in Sydney. 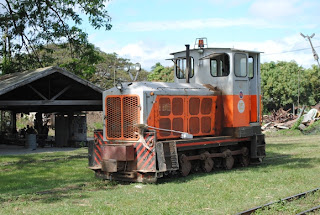 Out on the line east we found Baldwin 12 and Clyde 20. 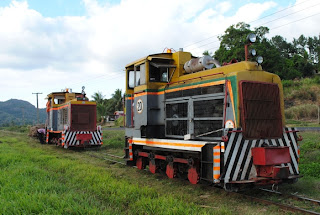